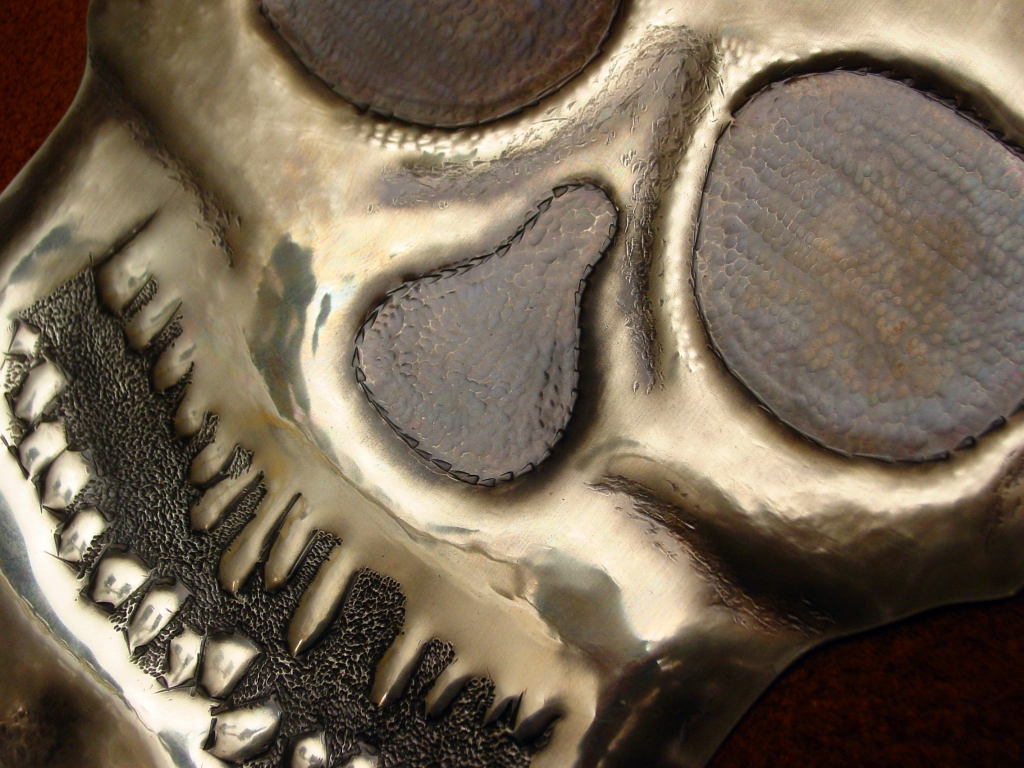 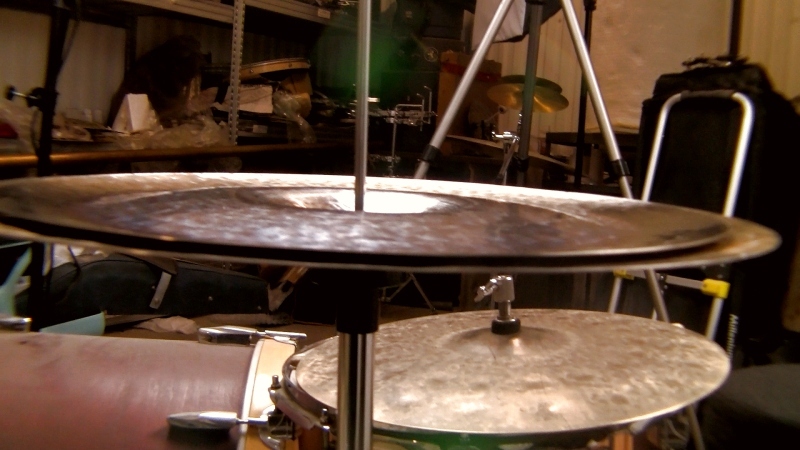 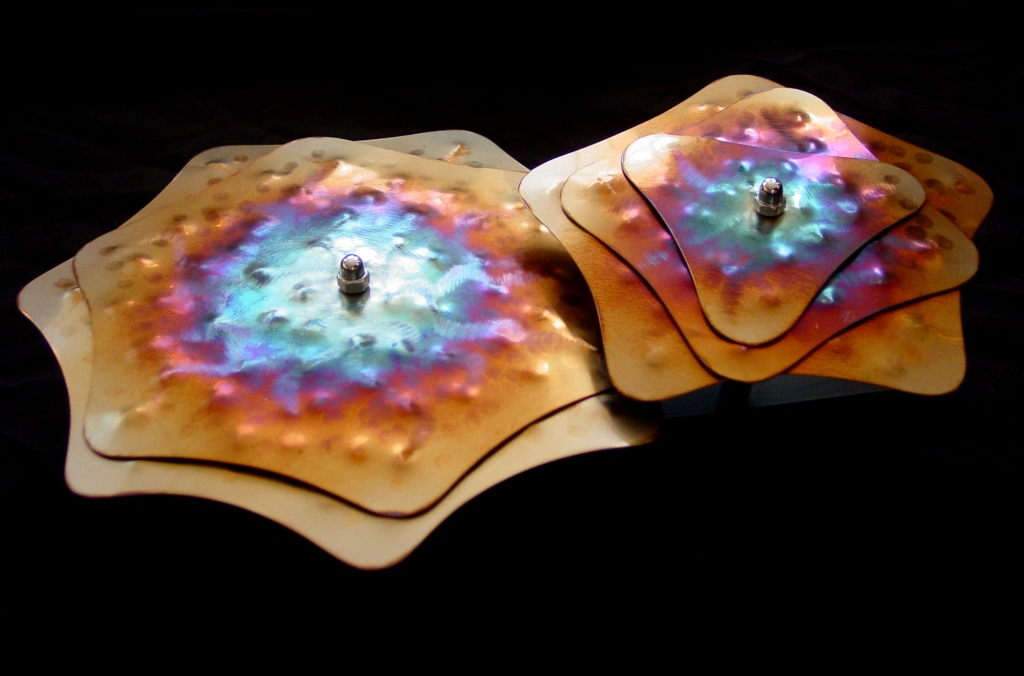 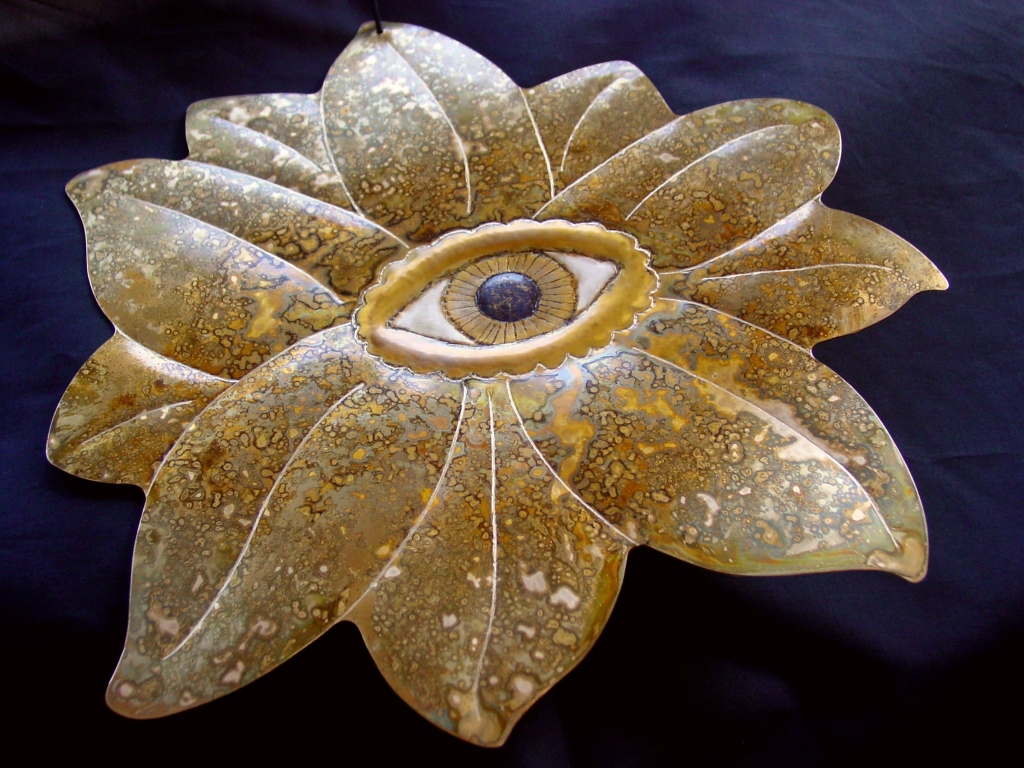 You can hear the Gameleste on the songs Virus and Crystalline from the album Biophilia. It is a hybrid gamelan-celeste – the idea being to have the Indonesian Gamelan Orchestra timbre but in a compact, midi-playable but acoustic, chromatically tuned instrument.

From 2016 to 2018, I worked on a number of occasions with the Danish group Between Music on their Aquasonic project. This involved adapting and optimising percussion and other instruments for use completely submerged under water, re-tuning of Himalayan singing bowls and solving various underwater acoustic problems in conjunction with an international team of instrument builders and scientists. See my blog post for more details.

Other collaborative projects include being the "physics of sound guy" and one of the designers / fabricators of the novel robotic glass based instruments for the Stella Artois Chalice Symphony, Electromagnetically bowed steel Bell Plates for composer Ed Carter's memorial to the Seaham Lifeboat tragedy, False Lights FL10s, and initial consultancy and development for Andy Cavatorta's Gallium Phosphide Crystal based synthesiser for AVL.

Other bespoke commissions include a dual percussion crasher for trip-hop band Massive Attack – which emulated an elecronic percussion sound created in the studio, but in a real acoustic instrument that could be played live on tour – and some 3-cymbal hi-hats for drummer Sebastian Rochford. I have also made gongs based upon other graphic designs – such as ice-hockey team logos and drummer Scott Amendola's tattoos. 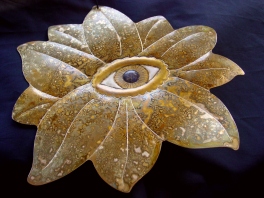 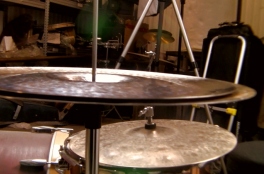 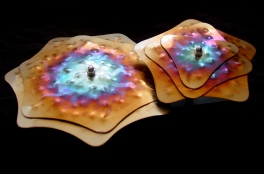 If you would like to enquire about having a completely custom instrument made then please use the contact button on the bottom left of this web page.